Skip to content
| 1-805-374-9377 | info@facefocused.com
Home > Articles and Lectures > Why Am I Talking More About Airway Than Teeth…And I’m An Orthodontist? 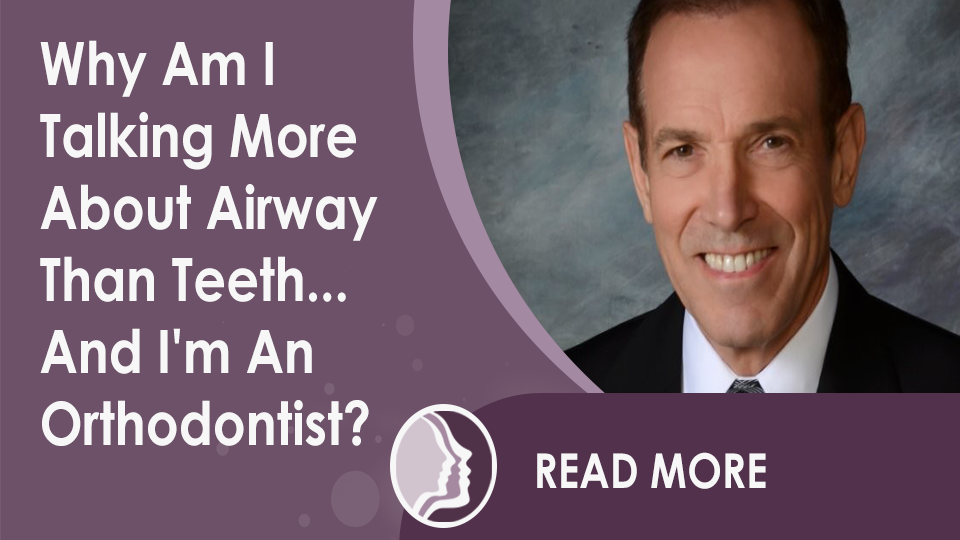 “Study: 90 percent of kids with sleep apnea undiagnosed” is the title of an article in the February Journal of the American Osteopathic Association. In my over two decades of involvement with breathing/sleeping problems with people of all ages, I don’t think this number has budged all that much. As a matter of fact, it may be worse now than when I first became involved, and the airway is too important!

The article states that a lot of the airway problems come from poor jaw structure! In addition, it says that the tongue is critical to the shape of the mouth, jaw and nasal cavity. This is what we are all about…trying to develop the upper and lower jaws forward. We’ve been doing this since 1990 and have published in the literature on the airway improvements we’ve seen achieved.

Reference is also made in this article to the critical nature of sleep in the early years because brain development in this age is critical. Elsewhere I’ve seen a statistic indicating that IQ might drop as much as 15% when a child has OSA! One PhD Neurobiologist researcher shows MRI’s with brain damage after one night of plummeting oxygen levels in a sleeping child.

We view the teeth as our connection to the jaws and the face. We end up talking with parents more about the airway than the teeth. Believe me, any parent who has struggled with a child with an ADHD diagnosis gets it. Seeking to optimize forward development of the face makes faces look better, but also may help them breathe better and prosper!

Help me spread the word on this so that we erase this 90% undiagnosed statistic and replace it with a beautiful 0%. Then we can rest, but not until then.